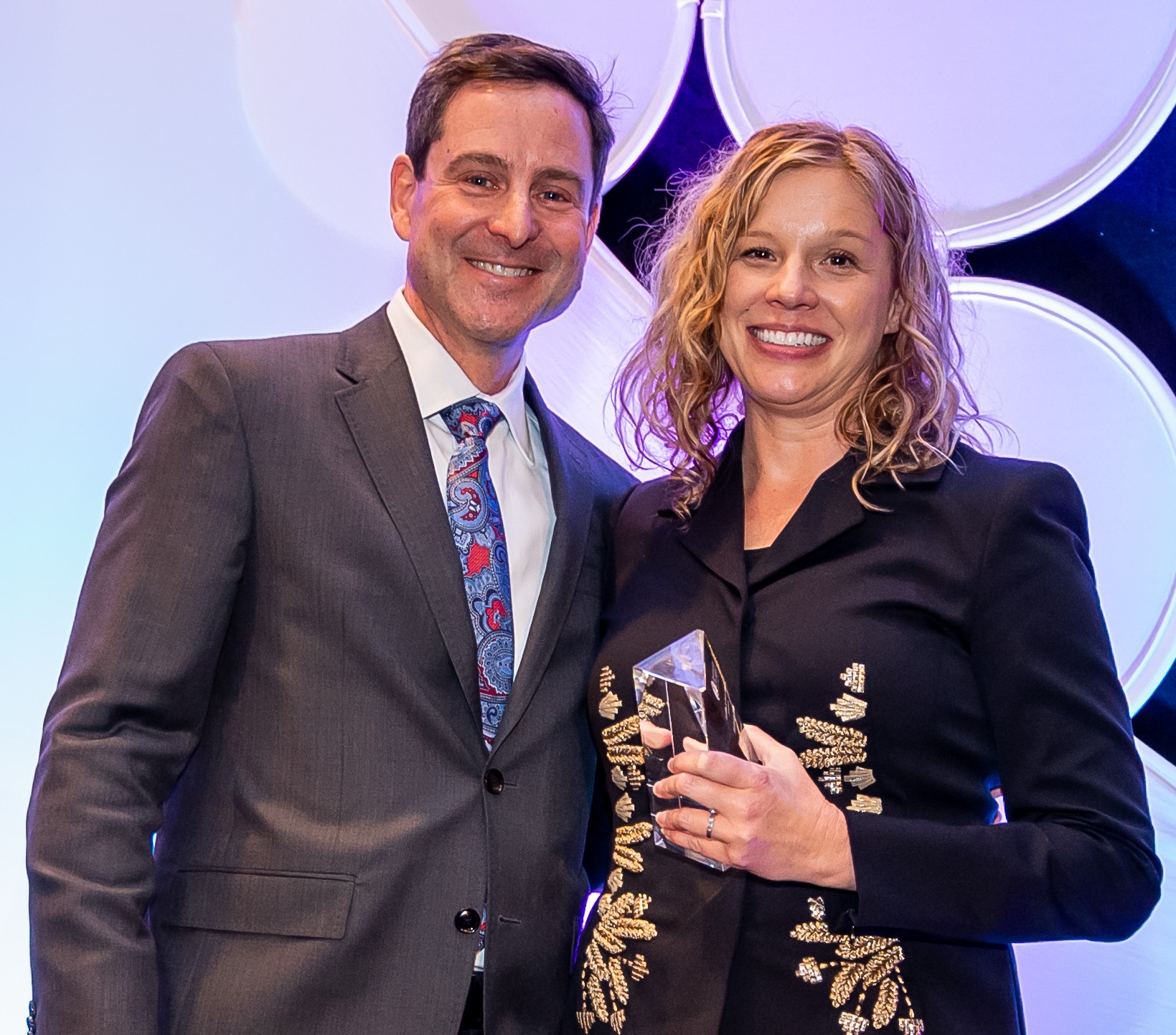 Congratulations to Legal Aid Managing Attorney, Stephanie Moes who recently received the 2018 Theodore M. Berry Award from the Community Action Agency (CAA). This award, named in honor of the former mayor of the City of Cincinnati and founder of CAA, recognizes individuals for their commitment to CAA’s mission to reduce poverty.

In presenting the award, Mark Lawson, CEO of CAA stated, “Stephanie Moes has been a strong advocate for the poor and underserved throughout her career.” “I’m honored to receive this award from CAA in recognition of our shared commitment to assist low income families achieve economic stability,” Stephanie stated.

Stephanie joined Legal Aid as an Equal Justice Works Fellow in 2003. Before coming to Legal Aid, she clerked for the Honorable James S. Gwin, United States District Court for The Northern District of Ohio. Her legal practice focuses on housing and education law cases, with special emphasis on preserving affordable housing and neighborhood stabilization. Stephanie currently serves on the board of Housing Opportunities Made Equal (HOME) and has previously served as its board president. She was also an active CAA board member for 12 years.