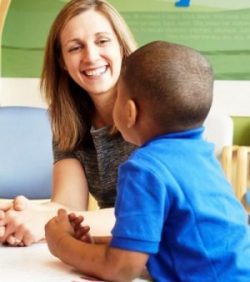 Vanessa Cambridge*, a working mother of three, was being threatened with eviction.  Her landlord accused her of not paying required fees and although Ms. Cambridge had paid the fees, her landlord would not acknowledge the payment. She was very scared and stressed at the notion of being homeless and she was also worried about Danny, her three-year-old son, who was struggling with severe asthma.

Ms. Cambridge took Danny to his appointment at Cincinnati Children’s and the doctor discovered that the family might be evicted. He referred Ms. Cambridge to Child HeLP, Legal Aid’s medical-legal partnership with Cincinnati Children’s. A Legal Aid attorney contacted the landlord. She presented the manager with copies of receipts proving that Ms. Cambridge had, in fact, paid the fees, and defended the eviction in Court. As a result, the eviction case was dismissed. She and her children were able to remain securely in their apartment.

Working single mothers like Ms. Cambridge are particularly vulnerable when issues like this arise. Without secure housing, she could have easily experienced a cascade of negative outcomes potentially culminating in losing her job and her income.  Even though she had proof of payment, she could not achieve a positive resolution on her own. Legal Aid’s assistance was critical in preventing a crisis from becoming a catastrophe.